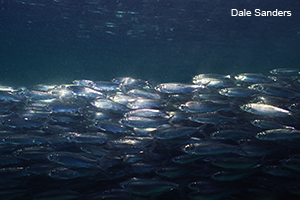 Ecologically and Biologically Significant Areas (EBSAs) are identified by scientists because of the species and habitat areas they contain1. Enbridge’s proposed tanker traffic routes cross directly through or adjacent to several EBSAs identified by Fisheries and Oceans Canada (DFO).

Identification of an EBSA does not confer any legal protection, but gives decision-makers the critical scientific advice they need to plan for conservation and sustainable economic development1. Selection of EBSAs is part of an ongoing planning process that is shaping the future of the ocean on B.C.’s North and Central Coast. This process — and the ocean area — are called PNCIMA (pronounced pin-SEE-ma), or the Pacific North Coast Integrated Management Area.