Next week, champions of two very different visions of Canada will face off in British Columbia. I can’t remember the last time B.C. got so much attention from Parliament Hill. No fewer than six Ministers of the Crown descend on us this week with a single agenda: removing the obstacle of First Nations opposition to pipeline development.

If the government seriously intends to enter into consultation with a view to accommodating the rights and title of B.C.’s First Nations (that is, obey the law), then they’re getting off to an odd start. You’d expect a little to-and-fro about the agenda, not a knock at the door.

It’s hard to imagine how any kind of meaningful dialogue could take place between people who, on the one hand, think that Canada’s future depends on selling off our natural resources as fast as possible, regardless of the consequences for the planet; and on the other, people who believe that the planet is on loan to us from our grandchildren.

Living Oceans is proud to stand in solidarity with the First Nations of B.C.; with a vision of Canada that sees its people thriving in healthy communities that steward the air, land and water on which that health depends. For the federal government’s vision for Canada, sadly, we need look no further than northern Alberta. What will they talk about?

Busy summer for Clear the Coast 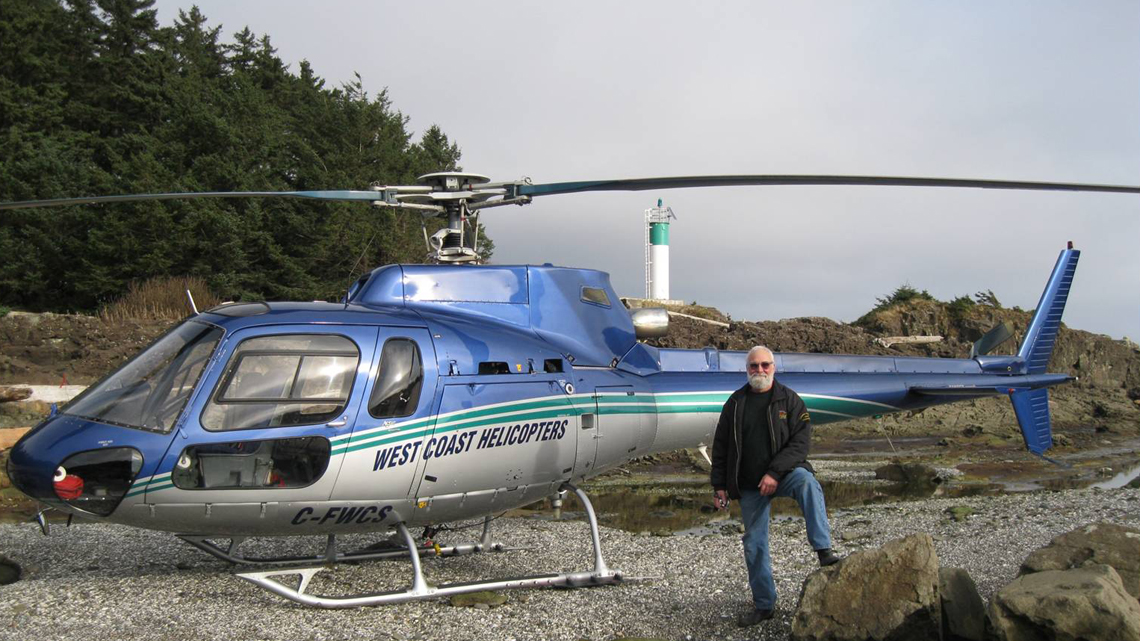 Our Clear the Coast campaigners had a busy summer organizing volunteers to collect marine debris from beaches around northern Vancouver Island. The combined effort has resulted in the removal of tonnes of marine debris—mostly plastic.

Cleanups began on Oceans Day (June 8) and continued through the summer season. Local support in the form of a boat and guide from Sund’s Lodge ferried volunteers out to and back from Lizard Point,  a remote location on Malcolm Island’s north shore near to an orca rubbing beach and adjacent to the whale’s critical habitat. A local fisherman donated the use of his herring skiff to collect all the debris and bring it back for sorting and disposal. Believe it or not, the skiff was full of debris when it got back to town.

New collector bags made from old seine nets by another local fisherman were tested as a way to get larger amounts off the shore. A pilot project was designed using the collector bags as a way for visitors to help out and pitch in marine debris they found on beaches at two of the North Island’s parks and three of the more popular West Coast recreation sites. The bags proved to be a big success and plenty of people pitched in to fill them.

Sept. 16th was a beautiful day for the last cleanup. Hecht Beach on the west side of Vancouver Island—a site identified by locals as a ‘collector beach’—was the target of the effort. It certainly lived up to its reputation. The amount of debris the volunteers found there was astounding!

“In two hours, four volunteers collected over 100 plastic drinking bottles along less than two kilometers of shoreline,” said Will Soltau, Clear the Coast Manager. “In most other locations I’ve been to this summer the number of bottles on a similar sized beach would be well under 50. The other types of debris we found, like Styrofoam, rope and broken plastic, were also well above average.”

Plastic is made from hydrocarbons and isn’t biodegradable but is photodegradable becoming brittle and breaking down into small and smaller particles over time.

“There seems to be more and more plastic debris arriving on all our beaches every year and it will continue to trash the marine ecosystem for decades to come,” said Will. “It’s just like a persistent oil spill washing ashore but in solid rather than liquid form.”

You can see what our volunteers found and where the many cleanup efforts took place over the spring and summer on our Clear the Coast map.

A calm between reviews 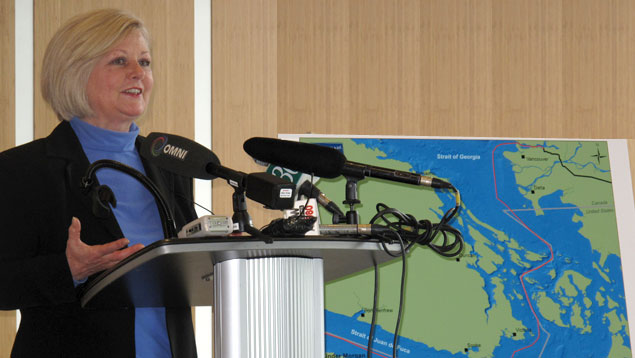 The summer’s reprieve from pipeline hearings was welcome, if brief. It would have been more welcome if we hadn’t been inundated with oil spills, explosions and leaking wells all summer long, but when you’re campaigning against an industry run amok, you can’t expect much time to relax! 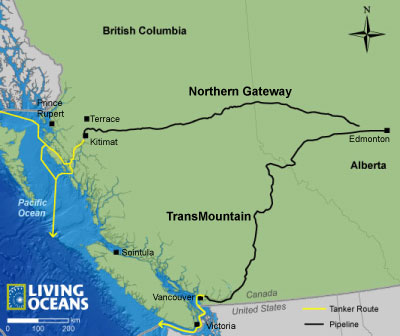 The Northern Gateway hearings closed in June on a positive note. The Joint Review Panel published a list of conditions that it might attach to an approval of that project. While it’s hard to respond to a list of conditions that allow the pipeline to be built, the law says that Cabinet can only approve the project subject to any conditions imposed by the Panel. Right now, the proposed conditions Enbridge would have to meet are very expensive and far more comprehensive than we might have expected! That means that the Panel listened when we called for a tanker-free coast. And it means that this pipeline, even if ultimately approved by Cabinet, might not be economical enough to build!

The Panel’s recommendations are expected in mid-December and Cabinet will respond with a decision by June, 2014.

September brought the news that, even though Kinder Morgan has not yet filed its application for the new TransMountain Pipeline, the National Energy Board has begun accepting applications for intervenor funding. It’s a bit murky, figuring out what experts we need to retain to answer an application we haven’t seen, but we’re working with our colleagues at Raincoast Conservation and Forest Ethics to put forward the best possible evidence in this hearing. We are pleased that Ecojustice will be our legal counsel again. In December Kinder Morgan expects to file its project application. And then, one more time, we will try to explain to regulators why Canada is unprepared, and unwise, to ramp up ocean transport of tarsands bitumen.

What’s a healthy environment worth to Canada? 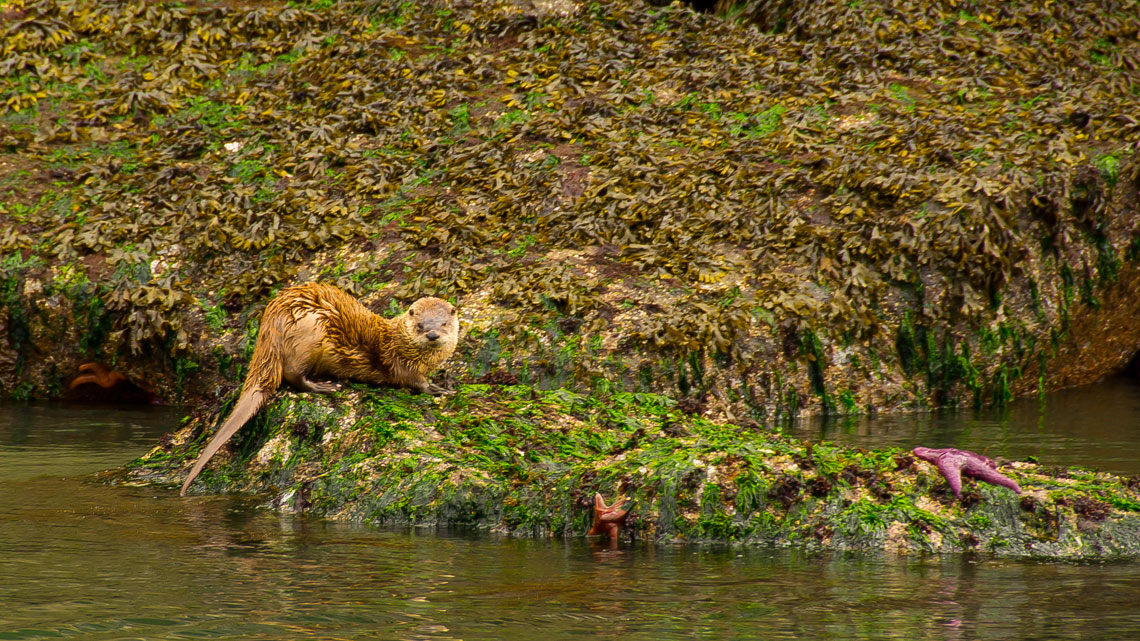 Question: What is nature worth? Answer: Over $230 billion for Canada last year.

“Despite this knowledge, our government continues to cut funding for scientific research into understanding and preserving the irreplaceable ecosystem services that nature provides free of charge,” says Sharlene Shaikh, Living Oceans’ Ecosystem Services Analyst. “We need to understand how industrial activities are affecting nature’s truly priceless gifts such as the ocean’s role in seafood security, oxygen generation and climate stabilization.” 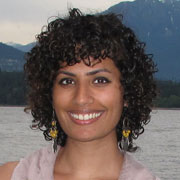 The best way to safeguard the ocean is to ensure that no business or industry practices adversely impact the communities and species that rely on a healthy ecosystem. That’s why Living Oceans is at the forefront of building ecosystem-based management (EBM) into marine planning in Briti­­­sh Columbia. EBM should ensure nature’s ability to protect our cities from storm damage, provide food security, and maintain resilience to climate change—all for free.

We’re making EBM a reality by advising the Marine Planning Partnership made up of coastal First Nations and the Province of B.C. Despite Environment Canada’s internal briefing notes that stress the importance of ecosystems, the federal government is conspicuously absent from these conversations.

Take a look at the wonderful photos we've received from Canadians coast to coast to coast. The contest closes on September 30 so enter your photo soon for a chance to win a prize.