In the black hours of early morning, a tiny bird emerges from its shallow burrow on the top of a wind-swept rocky island and launches itself out over the wild Pacific Ocean. This female Cassin's auklet is not much to look at—barely larger than a robin and considerably less colourful, with only a tiny white eyebrow as a marking. She has been described as a 'flying tennis ball', built more for diving than for flying, but she has a long way to go to find food for her chick. While her mate rests for the day, she takes her turn at flying out to the edge of the deep water, a one-way trip of up to 100 km. It will be dark again before she returns from her exhausting flight with food for her young safely tuck away in a special pouch in her throat.

The food in question is tiny plankton more commonly known as krill. The continental slope or "drop off" where the ocean plunges to over a kilometer in depth is an ideal place for such a meal. Cold, nutrient-rich water wells up from the ocean floor each spring to meet the sun, resulting in massive blooms of plankton. It's no accident that Cassin's auklets chose to nest on the Scott Islands, as they are some of the few safe places to nest within flying distance of these rich waters. In fact, the tiny islands are home to almost two million of these birds, over half the world's population!

Our recommendations to improve the Scott Islands National Wildlife Area:

But there are many dangers in these waters. Tiny, brightly-coloured pieces of plastic may look like food to the mother bird, who will bring them back to her young. Not only do they take up space in her pouch that could otherwise be filled with krill, but they do the same in her chick's stomach, robbing the chick of the nutrients it needs to grow.

Ships travelling through feeding areas can scatter the great flocks of auklet moms, causing the birds to waste valuable energy. But these ships hold a far more deadly risk for the little bird: oil. It takes less than a drop to destroy the waterproof coating on her feathers, her only protection against the frigid waters of the North Pacific. One spill near the Scott Islands could easily wipe out a third of the world's population of these birds. 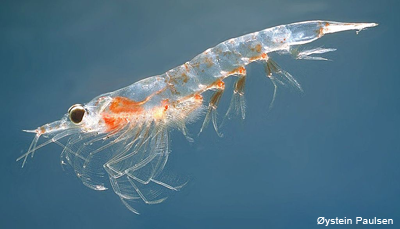 And last, but not least, there's the larger problem of man-made climate change. Years when water temperatures are warmer in the spring are disastrous for these birds as their plankton of choice come to the surface for a very limited time. If the plankton aren't around when the chicks need them most, they are far less likely to survive. In fact, the Cassin's auklet population of the main colony on Triangle Island has declined by 40 percent over the past 20 years.

As the waters of the North Pacific warm and the bad years become more common, these tiny birds need all the help they can get. Over the past few years, the Canadian Wildlife Service has been setting up a marine National Wildlife Area (NWA) that covers much of the waters around the Scott Islands. The NWA should preserve the ocean ecosystem that the birds need to survive and manage the risks posed by human activities.