There is a new option for seafood lovers looking for ocean-friendly choices: farmed salmon raised in closed containment has received a SeaChoice ‘Best Choice’ ranking. Living Oceans worked with the ‘Namgis First Nation’s farm on northern Vancouver Island, one of three operating closed containment facilities on which the assessment was based, to help them select the most sustainable feed source for the farm.

In April 2014 the ‘Namgis’ farm was the first Canadian business to provide closed containment farmed Atlantic salmon to market. Sold under the KUTERRA brand name, the land raised salmon are sold exclusively by SeaChoice retail partner Safeway in select stores across B.C. and Alberta.

The green ranking is a global recommendation for all Atlantic salmon raised in closed containment. The assessment, however, is based on the production practices of the ‘Namgis First Nation’s farm on northern Vancouver Island, the Conservation Fund’s Freshwater Institute in West Virginia, and Atlantic Sapphire in Denmark. 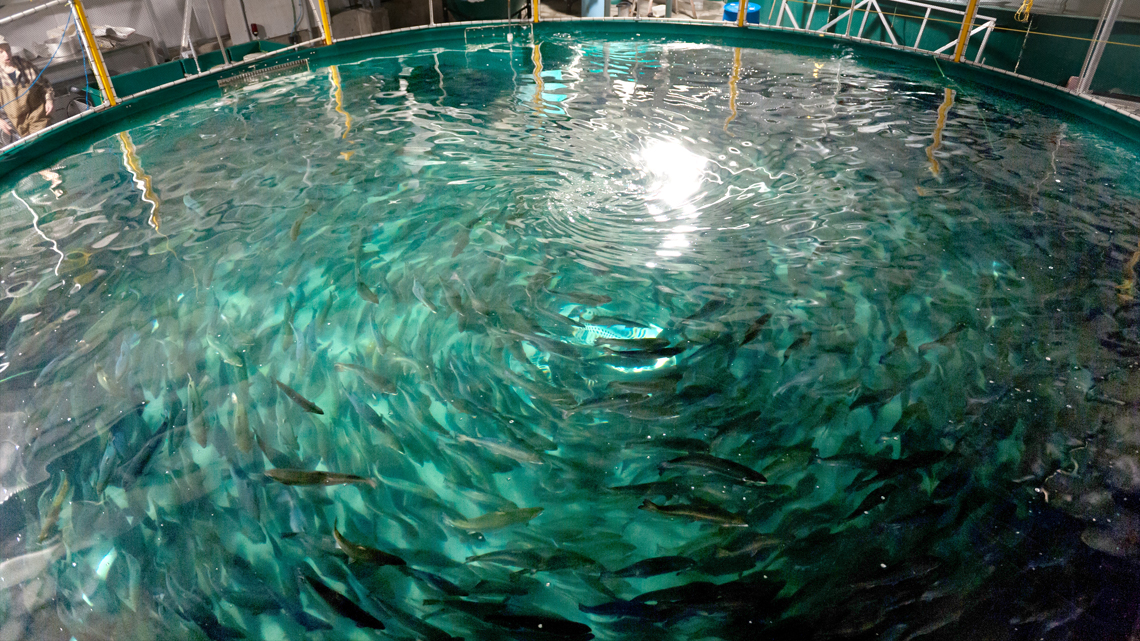 The assessment results were prominently highlighted at the Aquaculture Innovation Workshop held in Vancouver, B.C. on October 27 and 28. The workshop aimed to address the barriers to commercialization of closed containment aquaculture. It also provided participants with a unique tasting opportunity, at the “Naked and Dressed” event held at the Vancouver Aquarium October 27 where top chefs presented a wide array of sustainably cultured seafood in paired tasting portions.

“The KUTERRA salmon is delicious—very delicate and without the heavy streaking of fat found in most farmed salmon,” said Jenna Stoner, Sustainable Seafood Campaign Manager at Living Oceans. “The SeaChoice ‘Best Choice’ ranking for Atlantic salmon farmed in closed containment is an important milestone for sustainable seafood and for the industry. It allows for this sustainable alternative to be clearly differentiated making it easier for shoppers to make ocean-friendly choices. KUTERRA is also the first—and only—farmed Atlantic salmon to be given a green recommendation.”

Farming salmon on land and in closed contained facilities is a sustainable practice because the farm is separated from the natural environment. This reduces, if not eliminates, many of the problems commonly attributed to open net-pen salmon farming: transferring diseases and parasites to wild salmon, the impacts of farm waste on the seabed, and the release of chemicals. Plus, up to 30 percent less feed is used in closed containment farming.

Closed containment salmon farming is a growing industry. By 2016 more than 15,000 tonnes of Atlantic salmon is projected to be farmed in closed containment facilities around the world. That may not seem like much compared to the approximately two million tonnes of salmon produced by open net-pen industry, but the increased market growth and interest in the closed containment industry are positive indicators that there is an alternative way to farm salmon that is both financially viable and environmentally friendly.