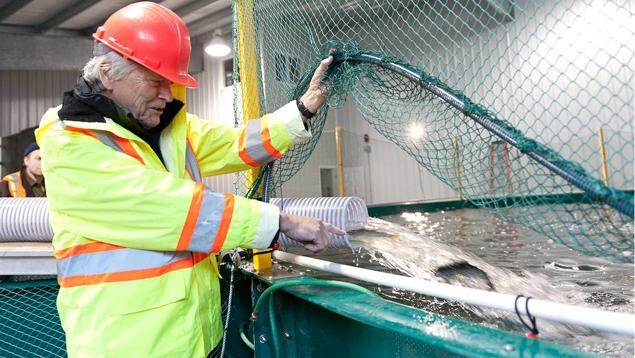 Land-based salmon aquaculture was pioneered right here in B.C., in the Kuterra facility owned by 'Namgis First Nation, near Port McNeill. While recirculating aquaculture technology has been used all over the world to raise fish to smolt size, Kuterra was among the first to tackle raising salmon to market size in its recirculating tanks.

Today, the industry stands on the cusp of change and B.C. can benefit from the work done at Kuterra, capitalizing on the global trend toward closed containment facilities.

As at 2017, land-based facilities are producing 8,355 metric tonnes per year of market-sized salmon globally. Planned production in recirculating (RAS) facilities is expected to raise production to at least 146,700 metric tonnes--and that's just from the facilities we know about already. The high cost of feed and of treatments for disease and sea lice is driving the move toward closed containment. Feed is used more efficiently in RAS systems than in netpens; and treatments are greatly reduced because the water is free of parasites and disease organisms.

Living Oceans is advocating with federal and provincial governments to move salmon farms out of wild salmon habitat and onto land. We are working with other conservation and business groups to support Kuterra and develop a supportive policy environment for the change to land-based salmon farming.

Learn more about the economic benefits of a RAS system