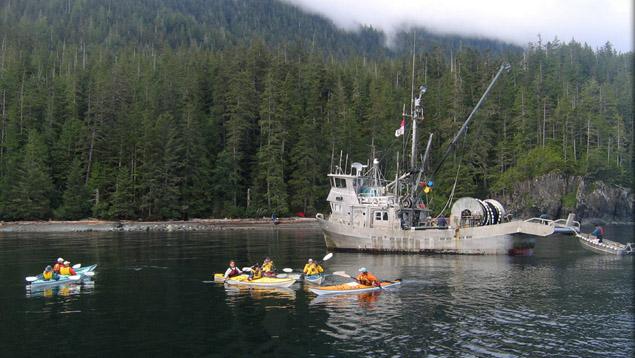 In partnership with the Regional District of Mount Waddington, Living Oceans Society conducted a socio-economic study that looked at how much the ocean means to the financial well-being of northern Vancouver Island and the Broughton Archipelago.

Although socio-economic assessments have been done for British Columbia or the greater coastal region, there are some big gaps in detail at the community level. As a result, local government and people in the communities lack reliable information about their economic dependence upon a healthy ocean.

The study revealed that 28 percent of private-sector employment in local communities relied directly or indirectly on the ocean in 2009 (the study year). It showed strong links between these jobs and healthy marine ecosystems.

Download the study or read a summary of this project including a complimentary study from the University of British Columbia on the value of marine ecosystem services around northern Vancouver Island.