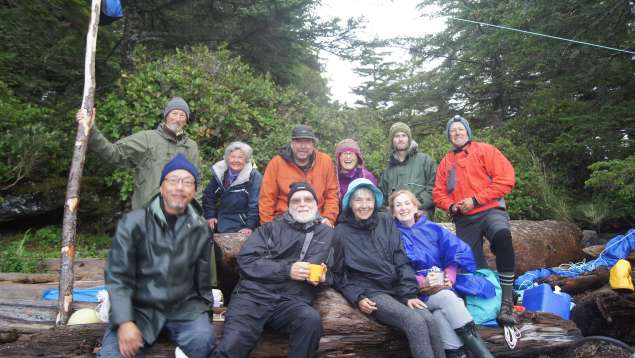 As you might guess from the photo, we faced unusual challenges this year from the weather! A southeast, winter-pattern storm closed in on us just after we arrived in Sea Otter Cove with half the crew on board our sailboat, Viajador. We feared that the balance of the crew, arriving by kayak the next day, would be unable to paddle; but they are a highly skilled and hardy lot and found enough of a break in the weather to round the point separating Sea Otter Cove from San Josef Bay and join us. 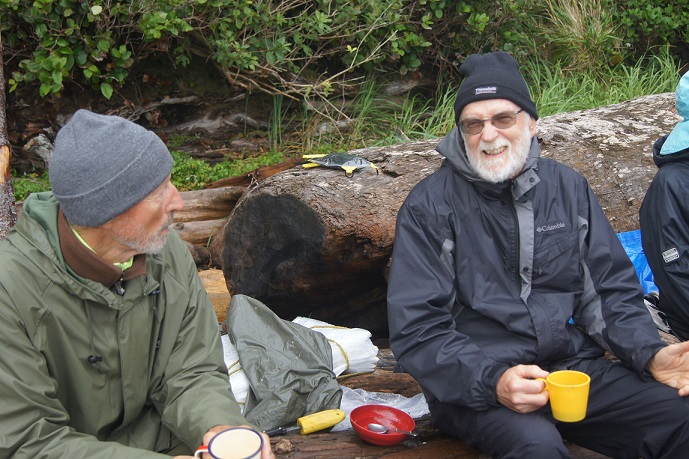 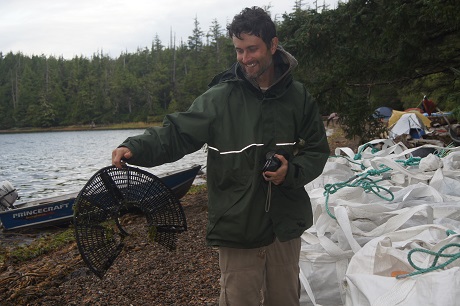 Thanks to our sponsors this year, without whom we could not mount such ambitious expeditions: Boating BC Association, B.C. Parks, Canadian Wildlife Service. Kudos as well to the service providers of the North Island, Dan Carter, West Coast Helicopters and the Quarterdeck Inn for service above and beyond! And as always, thanks to you, our faithful donors, without whom there would have been no hot meals!