Some 18 lawsuits filed against the approval of the Trans Mountain Pipeline are being heard starting Monday October 2, 2017 in the Federal Court of Appeal. Several First Nations and the Cities of Burnaby and Vancouver will be making arguments alongside ourselves and Raincoast Conservation Foundation.

We were very pleased to join First Nations applicants in a media conference Monday morning, outlining our concerns as the Court begins its hearings.

The Province of British Columbia, represented by Thomas Berger, has been granted intervenor status in the lawsuits and will argue that neither the NEB nor the federal government properly assessed marine and coastal risks of the project. Mr. Berger conducted Canada’s first real environmental assessment, appointed as a Commissioner by the federal government to assess the potential impacts of the Mackenzie Valley Pipeline. His report provided Canada with what may have been its first accurate picture of the impact of northern development on aboriginal communities.

The argument of Living Oceans and Raincoast will be presented by Margot Venton of Ecojustice on October 4 and 5. 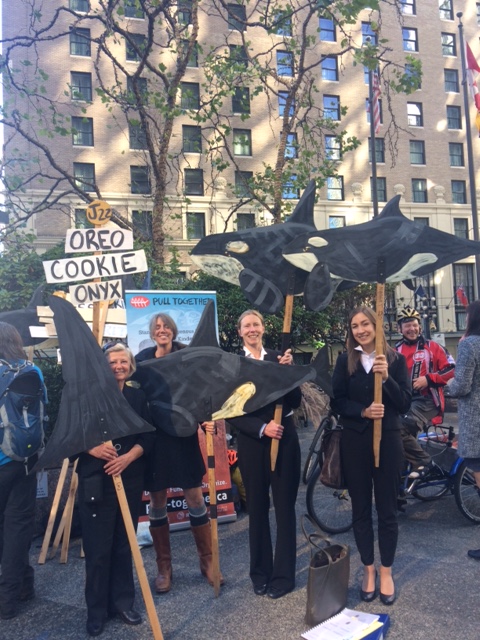