Thank you to all that participated in the 2022 Ocean Exposures Photo Contest!  The contest is now closed.

August 1: Photo submissions are open from August 1 to September 30, 2022. Scroll down to access the contest platform!

October 1 - 14: Voting begins! Submissions to the 'Sea Huggers Choice' will be up for vote on this page from October 1 to October 14, 2022. The winners of Below the Surface, Coastal Wildlife and Work or Play on the Ocean will be reviewed and decided by our wonderful judge Andrew.

October 15: Winners in all categories announced!

Andrew S. Wright is a passionate conservation photographer and has published two photography books arguing for increased environmental stewardship in B.C. His book Emeralds at the Edge; published in 2009 received positive reviews in the Globe and Mail. His current book Faltering Light proposes an end to trophy hunting of bears. Andrew played a lead technical role in the design of the Namgis land-based salmon aquaculture project known as Kuterra. He is a contributor to the Great Bear Rainforest agreement and has travelled on numerous occasions to the region.

Work and Play on the Ocean - First Place

Work and Play on the Ocean - Second Place

Work and Play on the Ocean - Third Place

Below the Surface - First Place

Below the Surface - Second Place

Below the Surface - Third Place 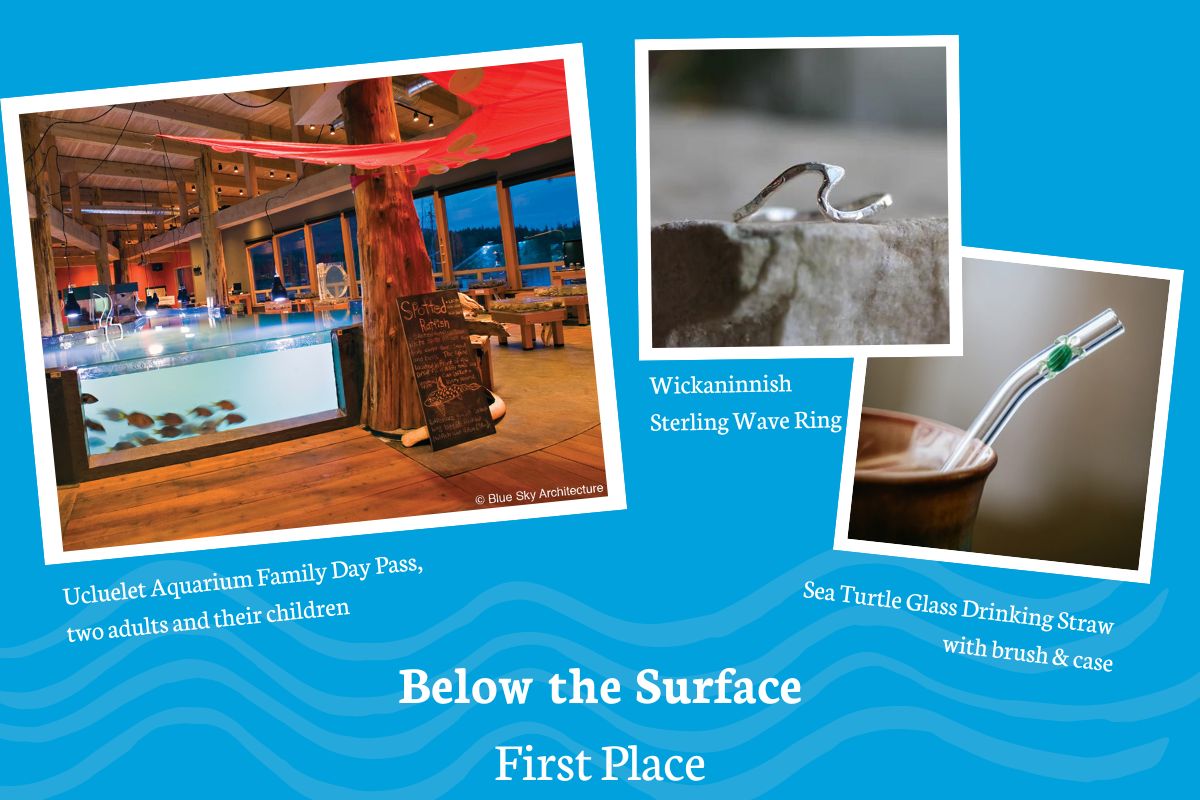 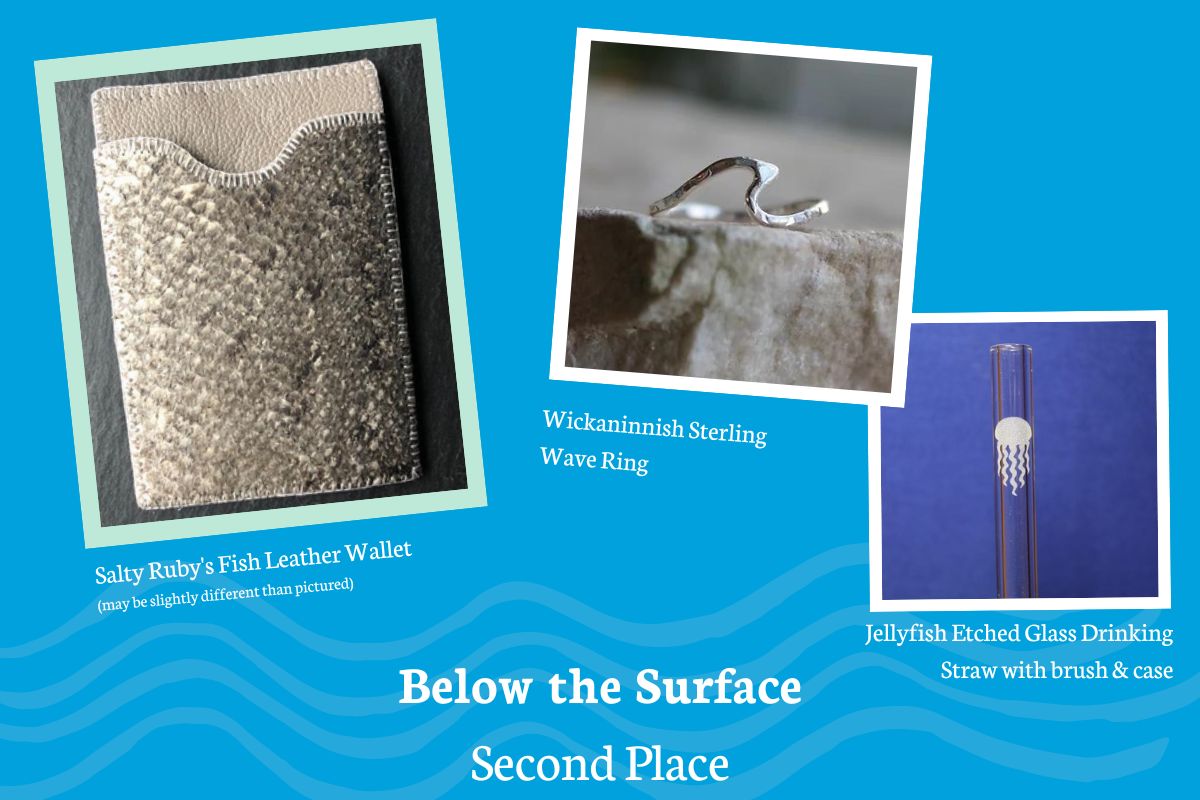 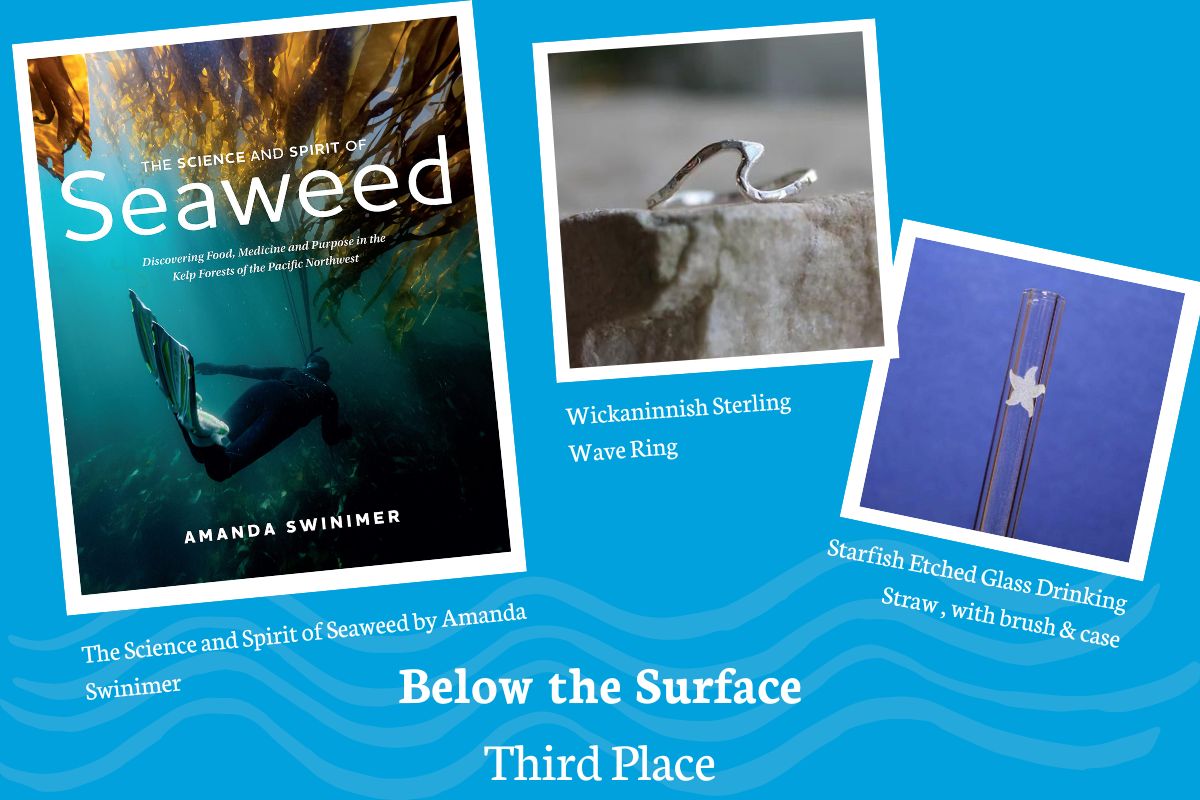 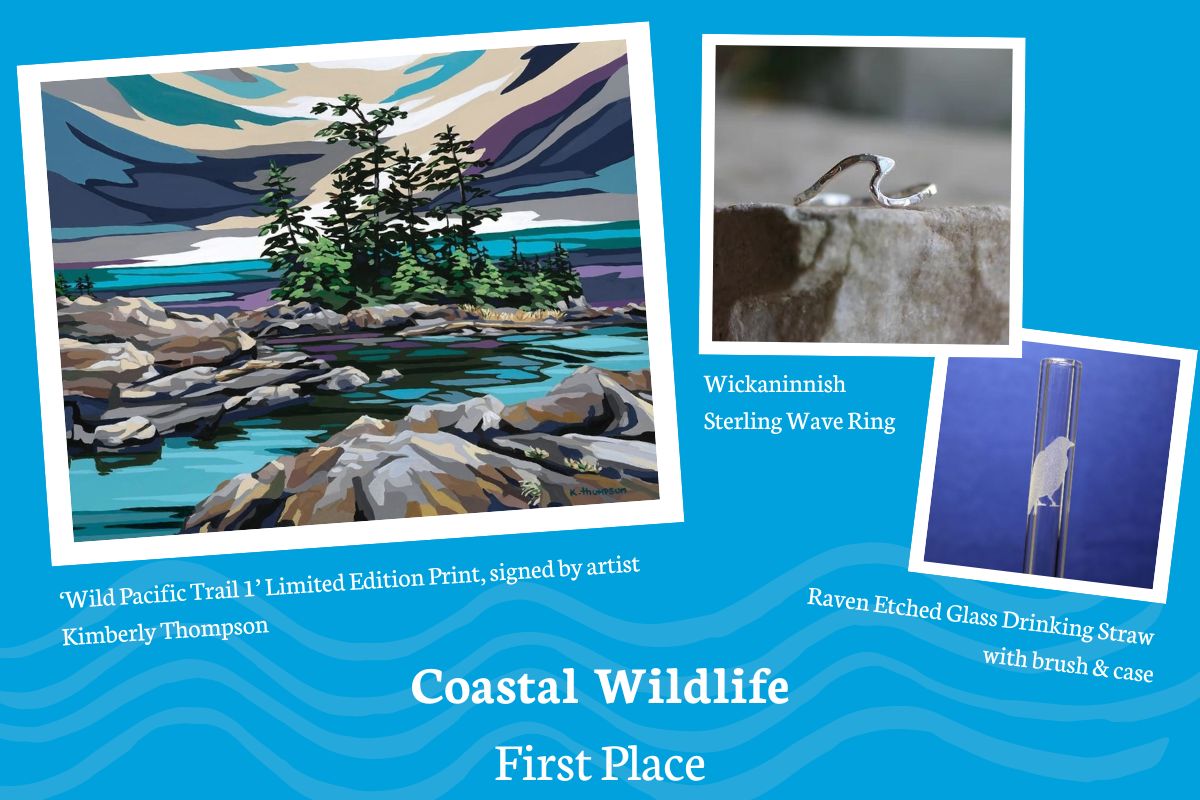 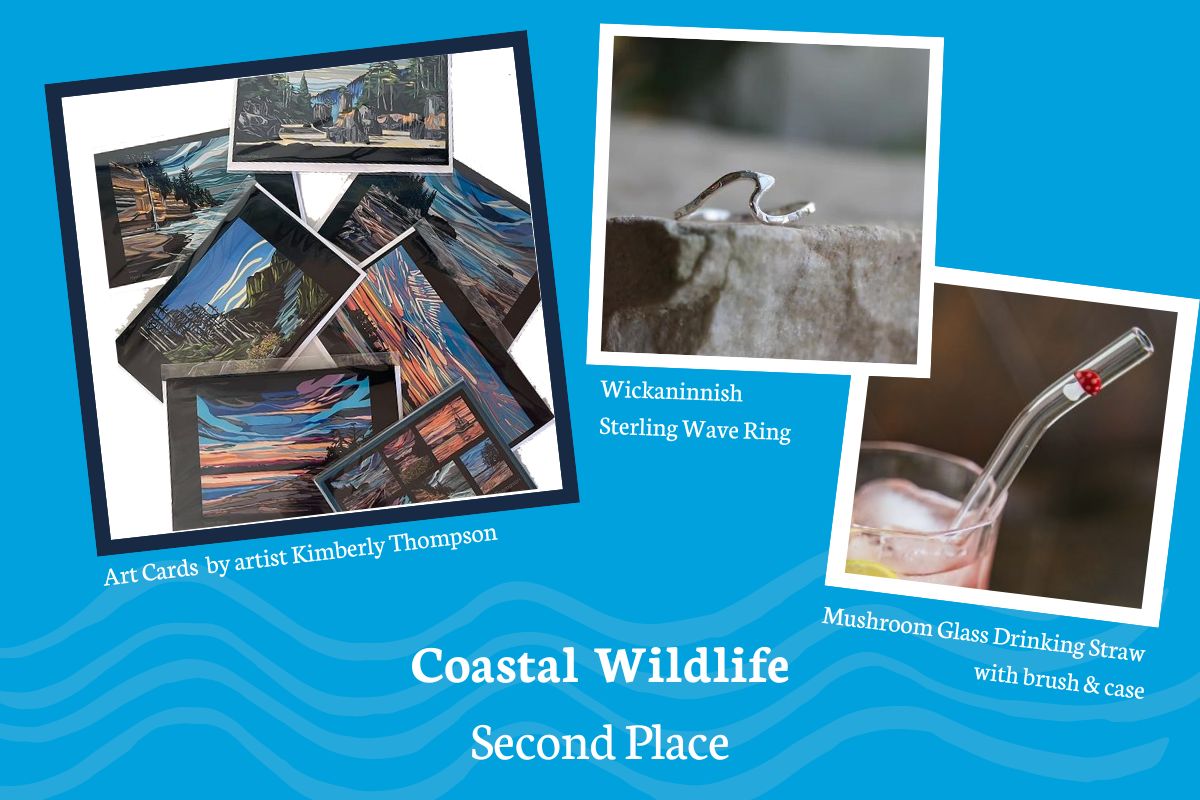 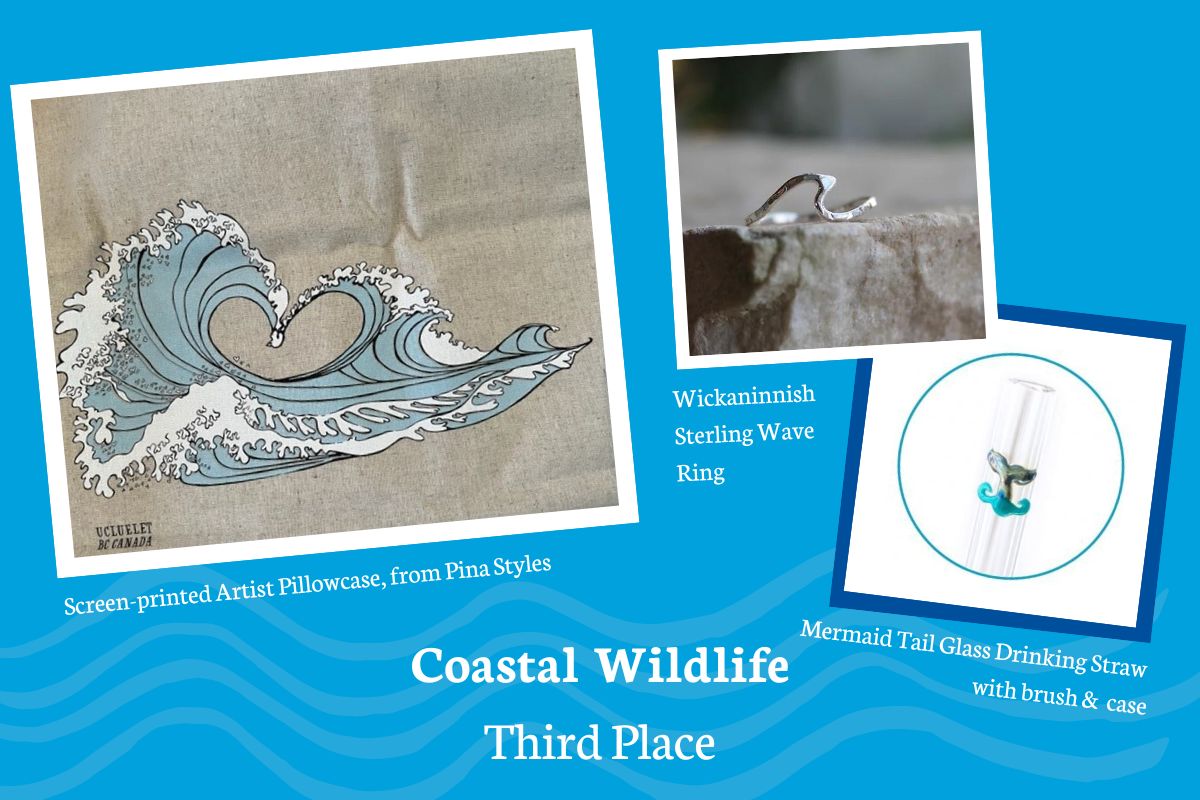 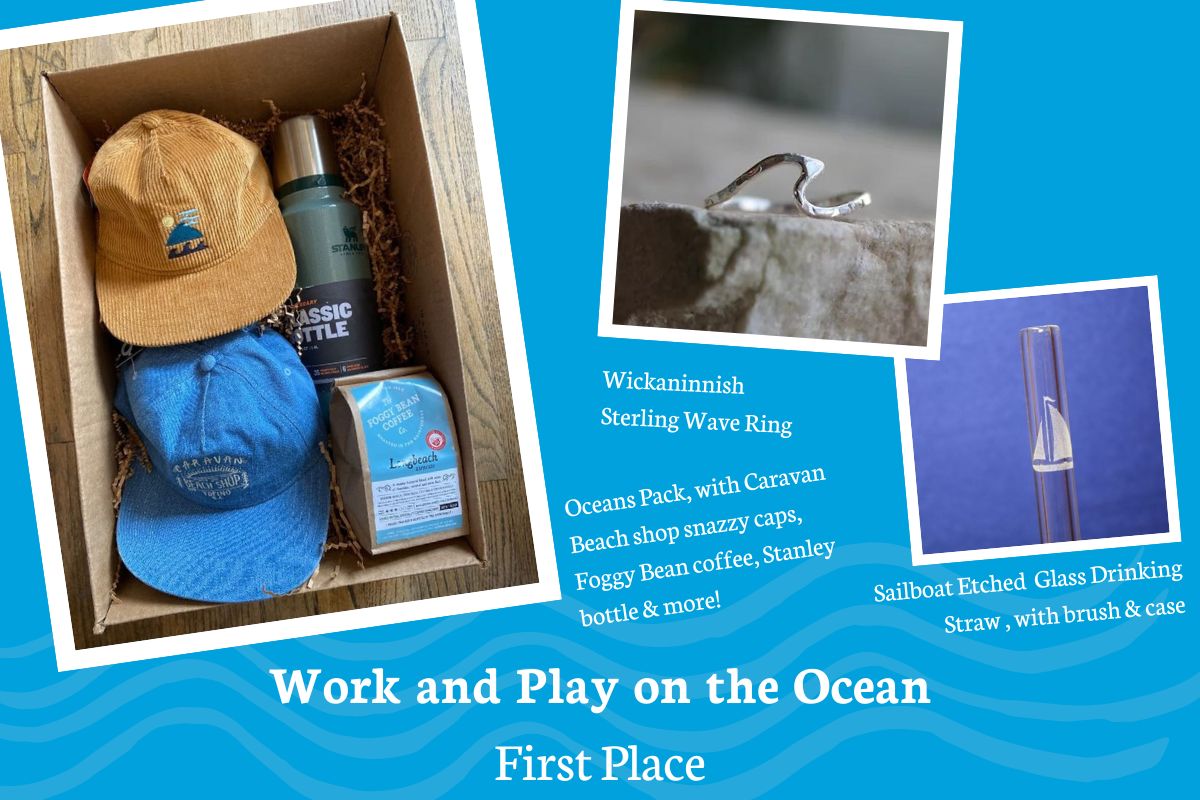 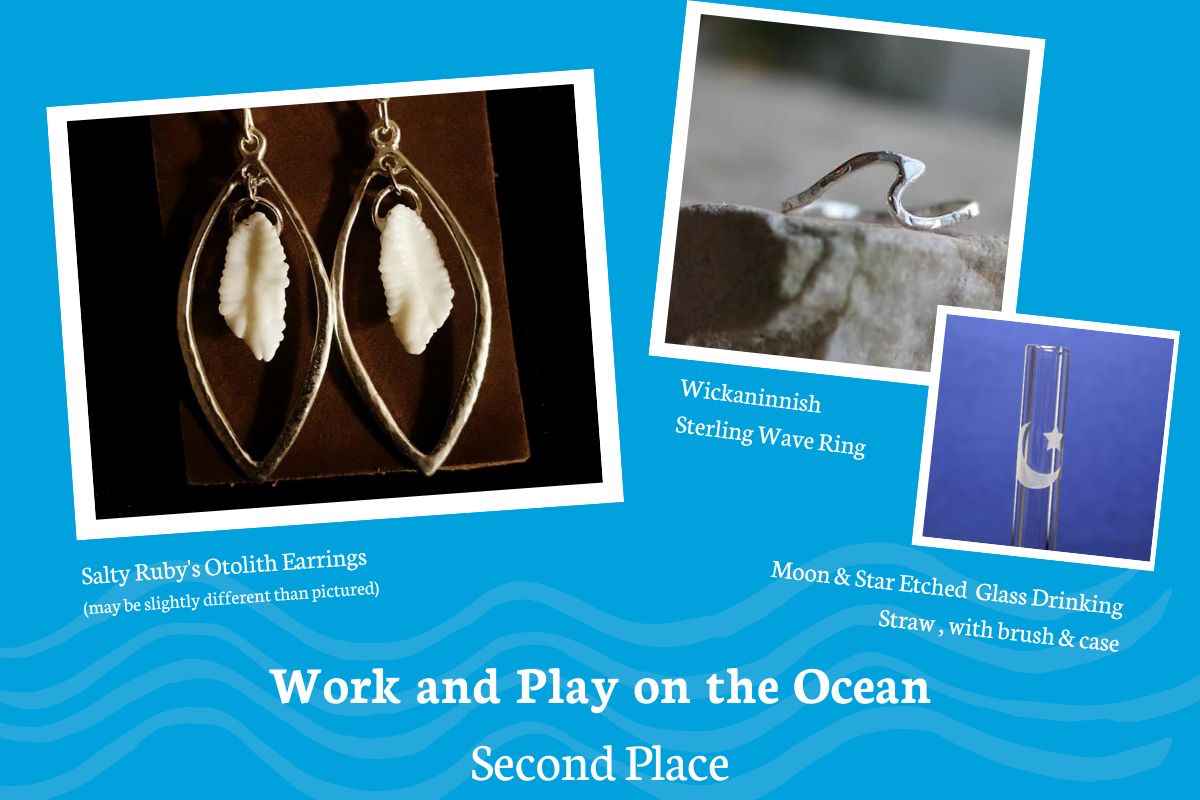 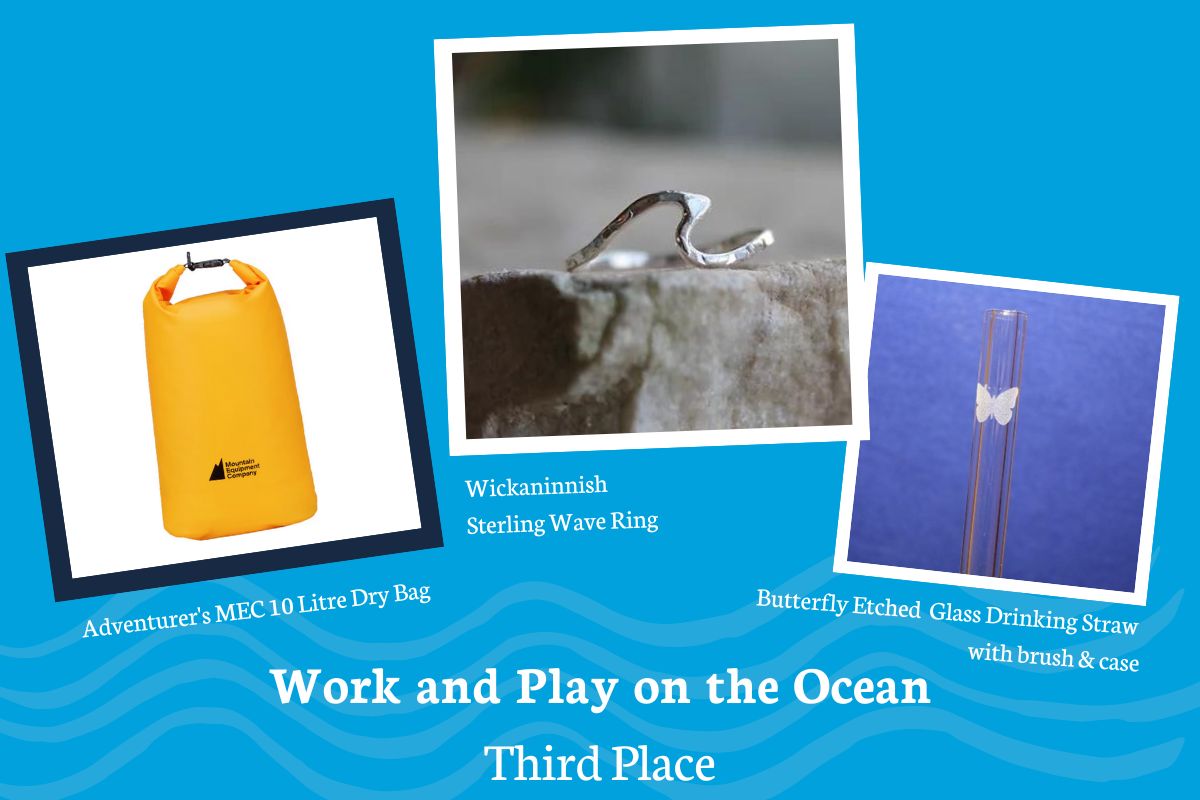 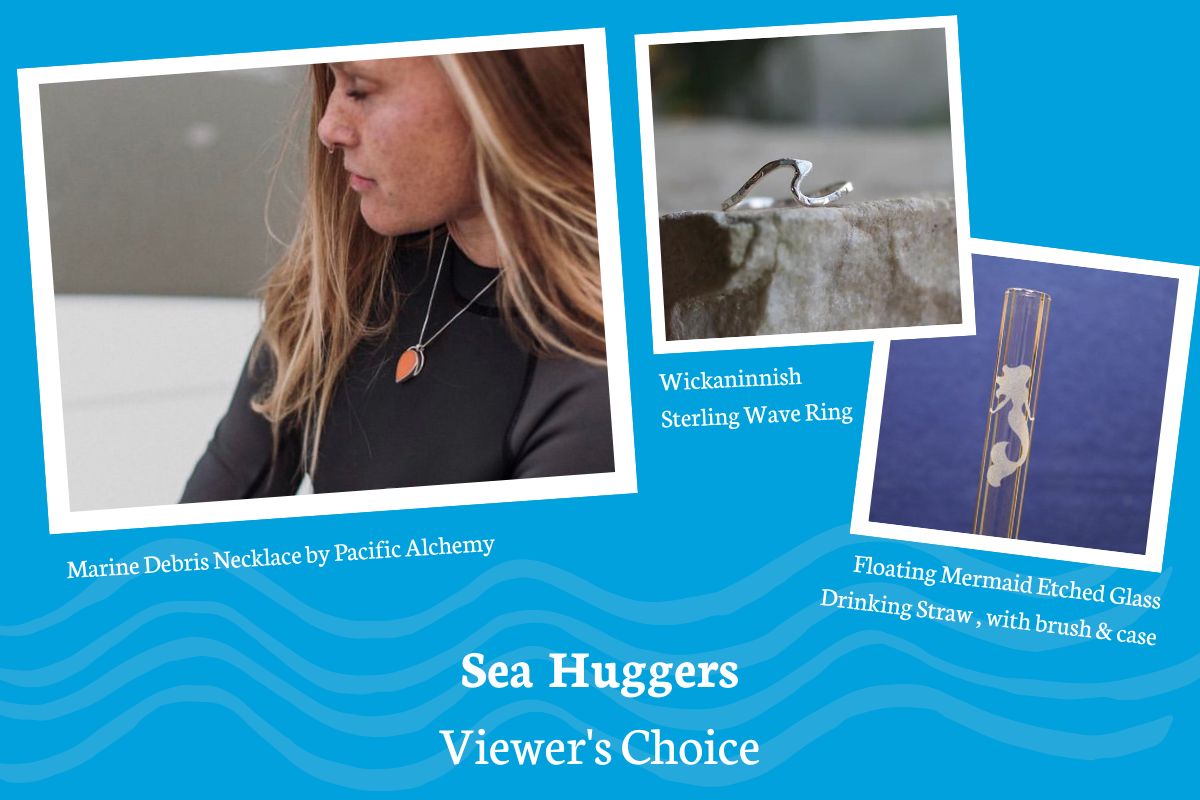 Thank You To Our Sponsors

The Ocean Exposures Contest would not be possible without the generous support of our sponsors.

Caravan Beach Shop
Caravan Beach Shop has donated an ocean-themed prize pack, including two snazzy hats, Foggy Bean coffee, a Stanley bottle and more! This great shop in Tofino BC was started by Jen in 2012. Jen says "Everything we carry in the shop represents my interpretation of the Pacific Northwest. Warm, woodsy, woolly, and nostalgic - things you might find at a cabin in the woods"

Drinking Straws.Glass
DrinkingStraws.Glass has donated a drinking straw with carrying case and cleaning brush to each of the Ocean Exposure's prize categories! They are a family business, a husband and wife team that is here to help EVERYONE end their relationship with single use plastic straws. They have been on a mission to help since around 2011 and haven’t looked back!  As an Eco-Friendly and Socially Conscious company, they want to do everything they can to reduce waste, pollution, and toxins in order to help promote a healthy planet.

Kimberly Thompson Art
Kimberly Thompson has donated a limited edition print entitled 'Wild Pacific Trail 1’ and signed by artist, as well as a lovely selection of art cards. Kimberly’s coastal abstract style, which has been compared to Tom Thomson and Emily Carr, is evolving to include some of her prairie roots. As always, the swirl and play of the art draws the viewer in to experience some of the intense physicality that is present on our Canadian wilderness. The raw power of Kim’s work is breathtaking!

Pacific Alchemy
Pacific Alchemy has donated a beautiful marine debris necklace, and a Wickaninnish Sterling Wave Ring to each of the Ocean Exposure's prize categories. Raised on the Sunshine Coast, Joleen has always felt a deep connection to the ocean. She has been making jewelry for as long as she can remember. Her jewelry is inspired by the earthy elements of the west coast rain forest, treasures of the wild pacific, & the feeling you get while walking barefoot on the sand. One of Joleen's lines features works created from marine debris!

Piña Styles
Piña has donated an awesome screen printed pillowcase. A little message from them: "Piña is a little boutique in Ucluelet, BC where we print shirts, hoodies, and other cool things. It all began in 2007 when Angie Roussin (artist and owner) rented a small retail space on Peninsula Rd and moved from Vancouver to try her hand at designing and producing a product line and running a retail business. Well low and behold it was just what the doctor ordered! Ucluelet is a very relaxing town with plenty of outdoor inspiration, perfect for those creative juices–add that to the incredibly supportive locals and bustling tourism scene and you have a recipe for success! Or at least survival! Haha and isn't surviving in business what it's all about–as long as you're doing what you love! So we're all having a great time over here. Doing our best to bring you the best in west coast style, plus make fun art all around. If you're on the coast, stop by and say hi!"

Salty Ruby
Ruby has donated a pair of handmade Otolith earrings and a beautiful fish leather wallet. A champion of ocean conservation, Ruby Banwait has explored many marine environments beneath the surface, from the Salish Sea to the Arctic Ocean. A Royal Canadian Geographical Society Fellow, she helped launch the Petty Harbour Mini Aquarium in Newfoundland and Labrador, Canada, a seasonal capture-and-release educational facility. Ruby’s desire to restore abundance in our oceans motivates her to connect people to the sea. As Community Science Lead with the Invasive Species Council of BC, Ruby encourages biodiversity protection and fostering lasting relationships with nature.

Ucluelet Aquarium
The Ucluelet Aquarium has donated a Family Day Pass for 2022 Season, valid for two adults and their children. The aquarium is Canada’s first collect-and-release aquarium. Their mission is to raise awareness about local marine biodiversity and promote respect for the ocean environment. They greet visitors from all over the world treating them to a very personal view of the fish and invertebrates from their local waters in Clayoquot and Barkley Sounds.