I’d be hard pressed to come up with a better example of ‘fiddling while Rome burns’ than the one that Canada’s premiers served up this month. While five million litres of bitumen gushed into the northern Alberta muskeg from Nexen’s ruptured, new, state-of-the-art pipeline, the provincial leaders talked about emphasizing tar sands development in their Canadian Energy Strategy.

The Nexen spill is among the largest North American land-based spills in history, though you’d be hard-pressed to find a regulator saying so. Five years after Enbridge pumped some four million litres of dilbit into the Kalamazoo River in Michigan, the industry still suffers from leak detection equipment that doesn’t detect and/or operators who don’t believe it when it does. Nexen wins the prize for the longest-running undetected spill, now estimated at two weeks long, as compared with Enbridge’s paltry 17 hours.

Newfoundland and Labrador Premier Paul Davis, who chaired the meeting, called the Energy Strategy “visionary.” What, I wonder, is “visionary” about pursuing development of a fossil fuel that can’t be transported safely, can’t be cleaned up when spilled and will certainly accelerate the destabilization of our climate? 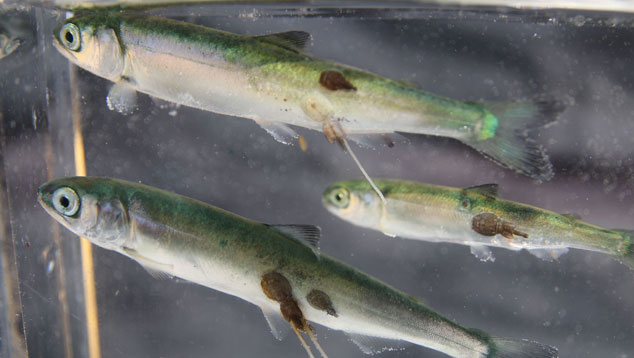 Living Oceans is gearing up for our two expeditions this summer to Clear the Coast. From August 17th to 24th we’ll be returning with 10 volunteers to Sea Otter Cove where last summer we removed 2.67 tonnes of debris from the shoreline—most of it plastics. Then from the 5th to the 8th of September we’ll tackle Lanz and Cox Islands, the innermost of the Scott Islands group.

We’ve had great response to our call for volunteers to help with the cleanup and there are still a few spots open for the trip to Lanz and Cox. If you can spare your Labour Day weekend to clear debris from a stunningly beautiful part of the coast where few people ever travel, please write to Eliska at elom [at] livingoceans.org. 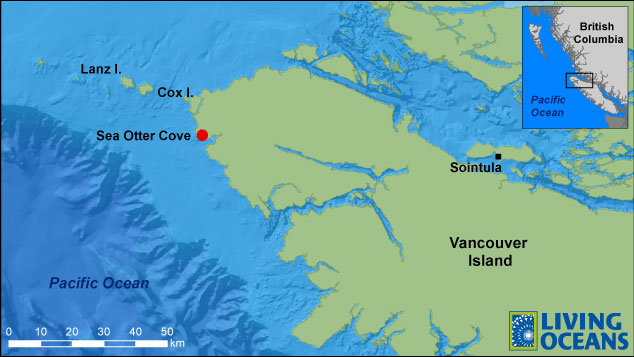 Plastics in the ocean

Last year when we cleaned up marine debris from Sea Otter Cove, we found microplastic fibres—pieces less than 2.6 micrograms—in all but one of the 24 beach samples we took!

We chose to clean up the Scott Islands because the waters surrounding the islands are designated to become a marine National Wildlife Area. They support vast bird colonies as well as incredibly diverse sea life. Marine debris is a problem throughout the ocean, but it’s especially problematic in places as rich with life as the waters around the Scott Islands because of plastic entering the food web. The islands are near the continental slope or "drop off" where the ocean plunges to over a kilometer in depth. Cold, nutrient-rich water wells up from the depths each spring to meet the sun, resulting in massive blooms of plankton that eat the microplastics. 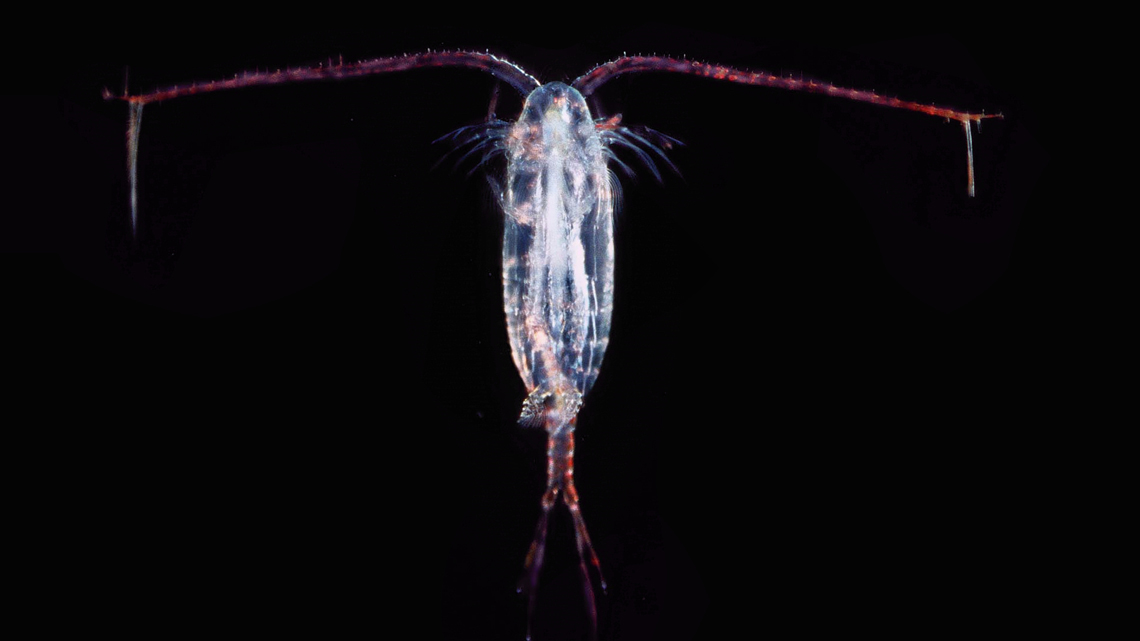 A recent study published by Dr. Peter Ross of the Vancouver Aquarium, found that copepods and eupahsiids are mistaking plastics for food. These plankton are eaten by a vast number of ocean creatures including seabirds, salmon and baleen whales like the humpback and blue. More worrying than the simple fact that these species are eating plastics is the fact that plastic marine debris can accumulate toxins like PCBs to levels 100,000 to 1 million times the concentration in surrounding sea water. Persistent organic pollutants 'stick' to the debris, but we don't yet know what they do to the organisms consuming the plastic. Some of these chemicals are endocrine disruptors that can have long-term genetic effects; others are carcinogenic. 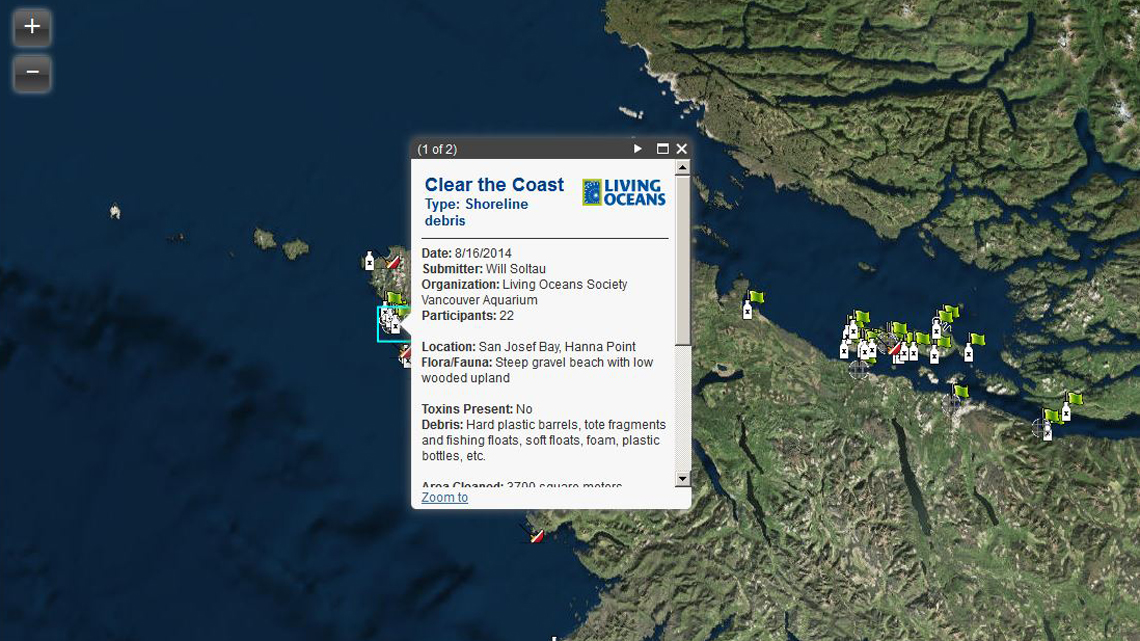 You can report any debris you find on the shores of northern Vancouver Island. Your reports will aid our research into the extent and possible ecosystem impacts of marine debris on the region. We’re mapping the results on our Clear the Coast interactive map to show where marine waste accumulates and where community clean-up efforts are making a difference.

The Oceans Exposure Photo Contest on again! Our genereous contest sponsors have donated some fantastic prizes for each of the three contest categories: Below the Surface, Coastal Wildlife and Working or Playing on the Ocean.

You don't have to be a professional photographer to enter. Send us your pictures from your summer travels on, near or under the waves and let us see the beauty of the ocean through your eyes. We'll announce the winner in the fall edition of Oceans Update.

The Woodfibre LNG plant proposed for Howe Sound, immediately northwest of Vancouver, would be the first liquefied natural gas plant in Canada. It would see some 40 enormous LNG tankers passing deep into Howe Sound to the Woodfibre plant at Squamish.

The downside of LNG development is the risk of a shipping accident causing widespread death and damage. The route intended for the enormous, pressurized tankers that carry LNG takes the ships deep into the relatively narrow and populated Howe Sound; a place where pleasure craft and commercial fishing boats are numerous and three busy ferry routes converge as they approach Horseshoe Bay.

We couldn’t give you a better primer on the development than that created by Bowen Island Grade 6 student Miranda Berry for her science project on Howe Sound.