Welcome to Oceans Update. In this early summer edition, we give you a preview of the busy months ahead in our marine debris project as well as timely reports on the progress of the campaigns you care about.

Be sure to check out our petition map, Keep it Clean, for photos of protest against the Enbridge Northern Gateway pipeline and tanker project.

Thanks to all of you who have been writing to offer help with our projects—stay tuned, we’ll be taking you up on that as we enter into a summer of active outreach and education activities. Look for us at the Vandusen Botanical Garden July 6-7, at the Epic Sustainable Living Festival. 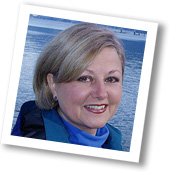 EPIC has grown over the years to include food and wine, music, art and fabulous workshops as well as showcasing sustainable consumer products. Get your tickets now. 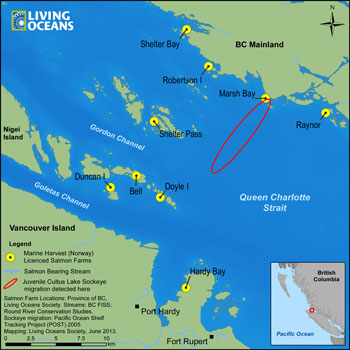 Living Oceans' Clear the Coast project is organizing the drive to locate, remove and dispose of marine debris, ghost fishing gear and abandoned vessels on northern Vancouver Island. We're coordinating the efforts of local volunteers, community organizations, service clubs, businesses and local governments that want to clean up our shoreline. Watch this video to out how you can pitch in!

This week the Joint Review Process for the Northern Gateway pipeline and tanker project is listening to final submissions before adjourning to write its recommendations. We were pleased earlier this year when the JRP included the requirement that Enbridge carry at least $950 million in cash and insurance to cover the cost of responding to a land-based oil spill or a spill at the marine terminal proposed for Kitimat.

This amount is based on the actual cost to date to clean up the Kalamazoo River spill of 2010—and they’re still at it. Enbridge continues to claim, in the face of this hard evidence to the contrary, that a land-based spill in B.C. wouldn’t cost more than $200 million to ‘clean up.’

While $950 million might not be enough cover the cost of a pipeline spill that wipes out salmon habitat in the headwaters of the beleaguered Fraser River, it is apparently a little too rich for Enbridge. The energy giant now says that they don’t want to carry insurance for the full amount of the cost of oil spill response when Northern Gateway suffers its inevitable ruptures, spills and other accidents. Company lawyers devoted a good part of their two-hour oral reply arguing that the federal government could relieve them of this burden by creating an industry-wide fund to respond to all pipeline spills.

"We wonder how the competition feels about having to help underwrite Enbridge’s unenviable track record on spills," said Karen Wristen, Executive Director of Living Oceans. "If a fund were established as Enbridge asked, not only would the entire industry be underwriting Enbridge's safety record, but the strongest incentive to implement safety measures—the cost of cleanup—would be right off the corporate books. Why bother with expensive shutdowns to investigate possible spills if the Oil Spill Fund is going to pay for cleanup?"

Enbridge not liable for tanker spills

The JRP has not required Enbridge to pay for cleanup of a tanker spill on the coast. Living Oceans first raised the alarm that Canadians might well be on the hook for tanker spills in 2010, when we commissioned a review of the regulations and treaties that govern response costs for oil spills from shipping in Canada. There is $1.4 billion available in total compensation. By contrast, cleaning up a spill like the Exxon Valdez disaster cost the equivalent of about $12 billion in 2012 dollars.

Canada has a ship-source oil spill fund that was created just after the true costs of the Exxon Valdez spill were realized. Every business importing or exporting oil contributed a levy per barrel from 1972 to 1976. The levy was discontinued and now contains only about $380 million, and that is solely because taxpayers have been topping it up for the past 40 years. The fund pays out only about $159 million in the event of a spill.

In many parts of the world Indigenous peoples are using ICCAs to protect their culture and territorial Rights and Title while at the same time conserving the natural world. And it could work in British Columbia.

We're encouraging the establishment of ICCAs because 20 B.C. First Nations and the Provincial Government are working on a Marine Planning Partnership (MaPP) for the North Coast. Combined, these First Nations have marine territories that cover an area of approximately 115,000 km2 of ocean, some of which will be zoned as conservation areas. When added up, they could amount to a lot of ocean and go a long way to helping Canada meet its 10 percent target by 2020.

The Convention on Biological Diversity (CBD) that sets the global 10 percent target for marine protection recognizes ICCAs as contributing sites, and there are thousands of them worldwide, already recognized in the UN's Global Database of MPAs. The International Union for the Conservation of Nature (IUCN) calls ICCAs the "brave new frontier for conservation." There are none yet officially registered in Canada.

IndigenousPeoples' and Community Conserved Areas and Territories are natural and/ or modified ecosystems containing significant biodiversity values and ecological services, voluntarily conserved by indigenous and local communities, through customary laws or other effective means.

Get the best seafood around and help Living Oceans

If you love seafood then you know that the best place to buy it is on the dock straight from the fisherman who caught it. Thanks to our friends at Organic Ocean Seafood, we can go one better: the freshest seafood around delivered to your home. At the same time, you’ll be helping us to help the ocean.

Organic Ocean will donate five percent of any purchase you make to Living Oceans.

Just go to the Company Store and use the password “spotprawn” along with the promotional code “LOS”.

Delivery is free within Metro Vancouver. You can save a further 10 percent if you’d like to pick up your order at Organic Ocean’s warehouse on Vancouver’s Granville Island at the False Creek Fishermen's Wharf.

Organic Ocean is run and owned by second and third generation fishermen who offer an unconditional guarantee of satisfaction.