UN Secretary General Ban Ki-Moon’s address to the Climate Summit in New York this week was poignant: “Climate change is a defining issue of our age, of our present. Our response will define our future. To ride this storm we need all hands on deck. We need a clear vision. The human, environmental and financial cost of climate change is fast becoming unbearable. We have never faced such a challenge, nor such an opportunity...”

Ban brought world leaders together at this Summit to encourage a display of the kind of leadership he speaks of when he calls for “all hands on deck.” And displays there were: the summit is knee-deep in celebrities and former politicians urging a legally binding deal to be struck at the next major UN climate negotiations in Paris in 2015. Days before the Summit, more than 340 global institutional investors representing over $24 trillion in assets called on government leaders to provide stable, reliable and economically meaningful carbon pricing that helps redirect investment, and to end fossil fuel subsidies. Leaders in both developed and developing nations acknowledged the economic loss that inaction will bring and embracing the stimulus of greening the economy.

Missing from the action was Canada’s Prime Minister. Environment Minister Leona Aglukkaq attended in his place, announcing (to a nearly empty room) new regulations to curb emissions from vehicles and the electricity sector. She made no mention of Canada's oil and gas sector, now responsible for one-quarter of the nation’s emissions and two years overdue for the promised announcement of regulations.

The current federal government pulled Canada out of the Kyoto Protocol in December 2011, shortly before embarking on the most comprehensive dismantling of environmental legislation in the history of the modern world. Meanwhile, the ocean continues to absorb much of the carbon in the atmosphere, but at tremendous cost. By 2100, it will be more acidic than it has been in 20 million years.

Living Oceans' Clear the Coast campaign organized a volunteer effort to collect over two tonnes of plastic and other marine debris from the shore of Sea Otter Cove on the northwest shore of Vancouver Island. Living Oceans would like to thank our great volunteers for their hard work. Funding for the project came from the generous contribution by the Government of Japan and its people. We also gratefully acknowledge the support of the Province of British Columbia, Ministry of Environment, the Vancouver Aquarium, the BC Parks’ Enhancement Fund and all those individuals and local businesses who donated food, supplies, equipment and time as well as all the individual donors who believe in us and what we do.

You've only got until September 30 to submit an entry to our Ocean Exposures Photo Contest. We've got some great prizes for this year's winners so send us some of the beautiful photos that you took this summer on or around any of Canada's three oceans.

Take a look at the flickr slideshow to see the wonderful entries we've received so far. 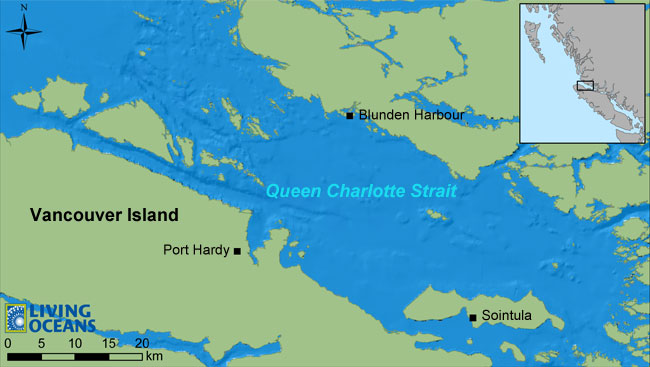 Where in B.C. is your sustainable seafood caught?

Where was your seafood dinner caught? Find out using the new interactive map that Living Oceans launched with our SeaChoice partners. It displays where different sustainably harvested species are caught in British Columbia’s fishing grounds. This map is one of many great tools that we’ve developed to help seafood lovers get informed about where their meals come from. Buying local, sustainable seafood will help ocean health! 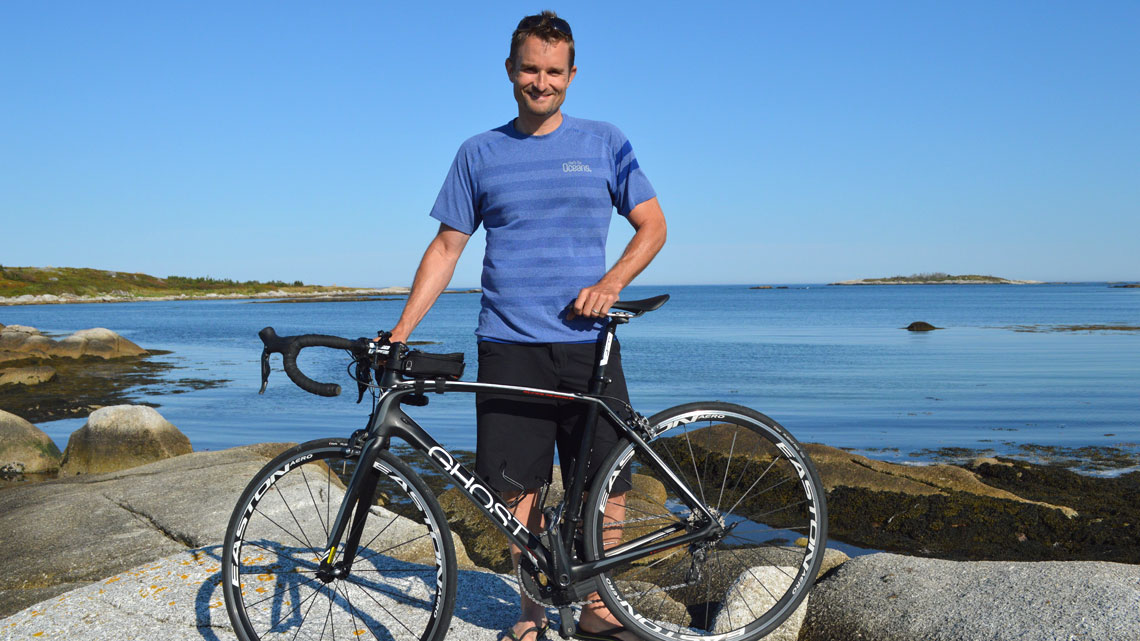 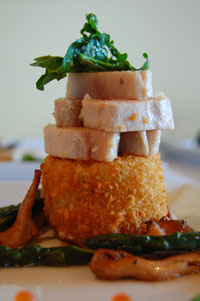 All of us Sea Huggers at Living Oceans are looking forward to Vancouver's inaugural Slow Fish event – the Slow Fish Mystery Dinner on September 27th. Hosted by the Chef's Table Society of B.C., this event will showcase local delicacies from the sea prepared by eight acclaimed chefs. The evening is an opportunity to discuss and engage in Slow Fish: a movement to celebrate good, clean and fair fish. Get your tickets here.

A big congratulations goes out to Executive Chef Ned Bell who on September 12th completed his cross-country cycling trip in support of sustainable seafood. Starting in Newfoundland on July 1, Ned pedalled between 140km and 200km each day while still finding time to host 20 fundraising events in communities across Canada. All proceeds are being generously donated to SeaChoice and OceanWise to support our continued work to have March 18th recognized as National Sustainable Seafood Day in Canada.

Ned hopes that as the demand for sustainable seafood grows, the seafood supply in Canada will also shift to becoming sustainably harvested.