…and now, for the Devil in the Details…

Fisheries Minister Joyce Murray announced her decision on salmon farm licences that expired at the end of June this year and while it wasn’t all that we’d hoped for, we have to agree that in the convoluted mess of judicial opinion, scientific opinion and community outrage that surround the file, her decision is both realistic and reassuring.

First, Minister Murray kept the Discovery Islands free of salmon farms. This is critical to the survival of threatened and endangered populations of Fraser salmon and also to some local stocks—it’s the main migration route to the ocean and the farms had been contaminating it with sea lice, pathogens like Tenacibaculum maritimum and Piscine orthoreovirus, fish waste and excess feed. Removing the source of that toxic soup has already had brilliant results. Sockeye smolts passing through in 2021 and 2022 appeared bright and healthy as they left the region, with virtually no lice. So far, so good.

Second, the Minister issued licences for the remaining farms for a period of just two years. Industry insists it needs 6-year licences to plan their production from egg to market-sized fish. This is a clear signal, if they’re listening, that the Minister is not interested in seeing them continue business as usual.

Now, we get down to making the Transition Plan and we will find out what was behind all that very poor grammar and equivocal language in the government’s promise to “transition” salmon farms. To wit: transition to what?

If the industry has its way, indications are that they figure putting a tarp around a netpen will solve the problem. This is a bit puzzling, as both industry and regulator have long insisted that salmon feedlots aren’t responsible for the sea lice loads on young wild salmon. Tarping a netpen does nothing other than reduce the number of lice that get in and out. If salmon farming isn’t the cause of wild salmon infestations and is really being responsibly managed as they claim, then the tarps are not addressing a problem. They would be more in the nature of window-dressing. 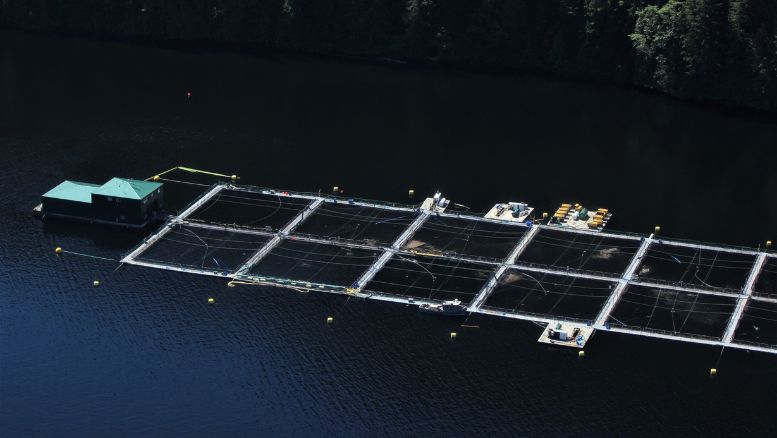 The Norwegian companies that farm Canadian waters have one thing in common:  they are all deeply invested in ocean tenures and are not interested in farming on land. Both here and in Norway, they are coming up with all manner of “technological innovations” with big price tags and yet, none of them has managed to raise fish to market size in any so-called “semi-closed”, in-water system. The fish are starved for oxygen and/or end up breathing in a soup of their own excrement; they die prematurely. This was the case with the ‘semi-closed’ system installed by Cermaq in Clayoquot Sound—a failed experiment subsidized by a $500 million grant from the federal government.

None of the ‘semi-closed’ (i.e., still ‘open’) systems being tested worldwide has come up with a way to treat liquid effluent. Some have optional accessories for collecting solid waste (something Cermaq opted not to do, by the way) but all of them fail to prevent pathogen transfer: out with the liquid waste go the bacteria and viruses that infect wild Pacific salmon. Remember, when scientists who actually wanted to see how the farms were impacting the marine environment tested the water around Discovery Islands salmon farms, they found T. maritimum at twelve times background levels. Then, they found it in the wild salmon smolts. This is not hypothetical; it’s empirical data.

We wonder, then, if industry will manage to sell the Minister on the idea that adding a tarp to a netpen actually reduces the harm to wild juvenile salmon? At Living Oceans, we will be working hard to ensure that her Transition Team is well supplied with the research proving that this (as Grieg Seafood recently put it) “cutting edge technology” doesn’t cut it.